It’s summer, and my brain’s on vacation.  I’ve got another serious post in the works, but it’s just not ready yet.

In the meantime, let’s stick to Myers-Briggs humor.  Always a hit.  😀  ALL IN FUN, PEOPLE!  No offense here.  This is just for laughs!  😀

Little Johnny can say his ABCs.  Emma has learned to count in Spanish.  You post a video of each.  Why not?  We all do it.

But wait!  The very next day, Johnny has miraculously begun to speak Latin fluently, and Emma has started performing open-heart surgery on patients at the local hospital!  All at the tender age of seven and eight!  You just have to 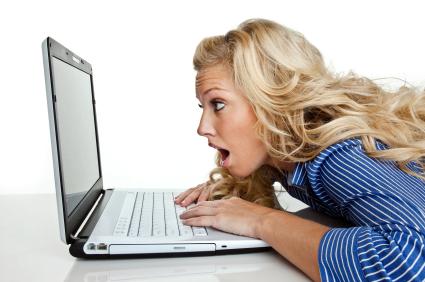 post again.  Six videos in a row won’t make your Facebook friends run like they were escaping a zombie apocalypse, right?  I mean, come on!  These videos are dynamite!

Here’s how your friends are responding, according to their Myers-Briggs type:

ESFJ – Posted the six videos of her kids to begin with!

INFJ – Has five minutes to upload a piece of art to Instagram, and then is private-messaging five people he’s having personal conversations with.  Doesn’t have time for your video at all, but has opened a tab to view later.  It makes him feel like a good friend, even though he’ll probably actually never watch the video.  He clicks “like” anyway.

ENFJ – Finally finds a library where she has Internet access.  Gets online and is confused by the new Facebook changes.  Sees nothing on her newsfeed but an inflaming political post from her third cousin.  Realizes, yet again, that she hates Facebook, she leaves.  Never sees your video, and wonders why you can’t email her the 385MB files personally so she doesn’t have to go find them.

ISFJ – Watches all of the videos faithfully, liking every single one, but leaving no comments.

ESTJ – Watches two of the six videos, and makes a wisecrack about your funny-looking pants in one scene.  Later comments your lungs must be getting worse because he can hear your breathing in every video.  How is your asthma?

ISTJ – Comments on a profile picture you have of yourself and says, “Nice hair.  How are the kids?”  You mention that you recently posted videos, and you gush, gush, gush about how he has to go watch them.  You never hear back from him.

ENTP – Finds that ONE time Buzzfeed posted to your page without your permission, letting everyone know you took a “How hot are you?” quiz.  Likes that post and comments about an old movie she saw once where the word “hot” was actually an alien code word for an invasion.  Gives you the plot details.  You don’t reply.

INTP – Never uses his Facebook account.  Occasionally posts a one sentence status about work.  You are confused and can’t decipher it.

ENTJ – Says, “This is awesome” on one of the videos, and has already assessed what college your kid should go to and what career track would be right.  Says he is open to discussing it with you, but then vanishes offline for a week to go be productive.

ISTP – Comments on your choice of music in one of the videos.  Wants to discuss bands, and which song artistically goes with which selfie of herself she has recently posted.

ESTP – Comments, “Should be outside instead!  You’re keeping your kids cooped up doing academic things during summer?  Let them be kids, by golly!  They’ve got plenty of time to sit in school.  Seven years old and already your forcing her to study brain surgery?  Get a life, ESFJ!”

ENFP – Is too busy posting pictures of her own kids’ various stitches to have time to watch videos.  Current status: “Next ER visit, here we come!”

ESFP – Does not have a Facebook account at all.  Is out living a real life.  Just appears in everyone else’s pictures with perfect hair.