The Hotline Girl is a modern retelling of Beauty and the Beast (No fantasy, but what if the story happened next door to us in our city?  etc.) 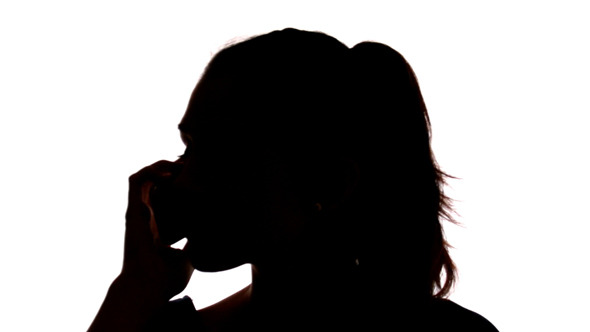 Clicking her pen stubbornly, Arabella Rose sat at her metal desk in tedious silence. She glanced up at the popcorn ceiling, counting the ancient sparkles. Forty-five, forty-six… She had once gotten up to five hundred on an especially dull day. Tearing her eyes away, still mentally counting in her head, she dropped her gaze down to her dog-eared desk calendar. The little illustration of a palm tree and a beach was cartoonish and badly drawn, but she gazed at it with longing. Why was Hank such a penny-pincher about the A.C.? She spent every day drowning in her worn leather seat.

Arabella Rose groaned, a bit of it escaping audibly. “Seriously? Can’t you put more of the budget into air conditioning this place better?”

Hank Hunkston grinned at her, his hairsprayed black locks never out of place. “We get coolness seeping in from the floors above and below us. You know I like a girl glistening in sweat!”

The man was tall and brawny. Beefy was the right word. He laughed loudly at everything, and his feet stank. But he was her boss. Someday he’d push her too far and she’d get the pleasure of reporting him for harassment.

Arabella Rose laid her damp head down on her desk and fanned herself with one hand. She had closed her eyes for only a second when her desk’s centerpiece, a mint-colored phone, rang.

The chirp of the phone was like a shot of epinephrine to her drowsy brain, which hurt more than usual lately. Jumping up in her seat, she pushed back her auburn hair with one hand, took a deep breath, and answered, adjusting the mic on her headpiece.

Hank winked and quietly moved away. “I’ll leave you to it!” he mouthed.

Game face on, she didn’t acknowledge him. Calming herself for whatever would come next, Arabella Rose prepared to do what she did best: save a life.

“Hello. This is Arabella Rose. How can I help you?” When answering that most important green phone on her desk, she made her voice purposefully soft, serene, and soothing. She blew a silent breath out of her mouth, leaned forward determinedly, and waited.

There was silence for a solid sixty seconds. This didn’t surprise her. There were some that just wanted to hear a voice.

Bringing her tone down another notch, until it was almost liquid velvet, she tried again. “My name is Arabella Rose. It’s kind of different, isn’t it? I’d love to know your name. Is it as crazy as mine? I want to know you because you’re worth knowing to me.”

She could hear the deep, wobbly sigh, the shaky, gasping breath. How many times had she heard a similar sound? How much weeping and sobbing had she listened to in the two years she had been working here? Too many to count. Too many thousands of tears fell from the voices on the other line.

This was what she was made for. This was how she would pay her debt to her loved one.

“Is this the county suicide hotline?” the wobbly voice asked in her ear.

Arabella Rose kept her words easy and pleasant. “Yes, sir. Is there anything you’d like to talk about?”

“Probably not. I was a fool to have called.” The man’s voice, young and insistent, dissolved.

She heard deep, soulful crying. Oh, to hear a man cry like that. It still shook her to her core, even after two years. It still reminded her of him.

To purchase the book: http://www.amazon.com/Hotline-Girl-RJ-Conte-ebook/dp/B01CRRS3IO/ref=asap_bc?ie=UTF8

7 thoughts on “Sneak Peek of The Hotline Girl!”